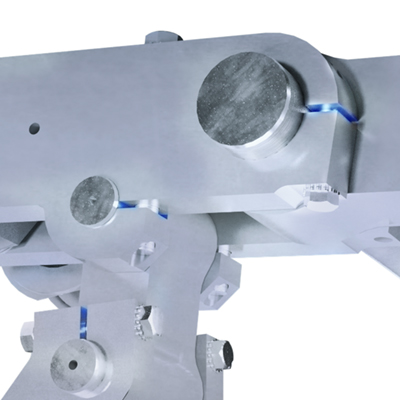 Stork IMM has improved their very reliable toggle system further by executing them with clamped toggle pins. Standard for the electrically driven clamping unit, optionally for the hydraulic execution in range from 2500 kN to 11000 kN.

What are “clamped” toggle pins?
In order to be able to mount the toggle pins, a certain amount of play between the pin and the fixed part of the hinge is required. In our former construction the pin was secured with a key. However, micro movements were possible due to the minimal play. Clamping the toggle pin instead of securing it with a key also secures the pin and furthermore reduces the play to zero.

This has a number of great advantages; 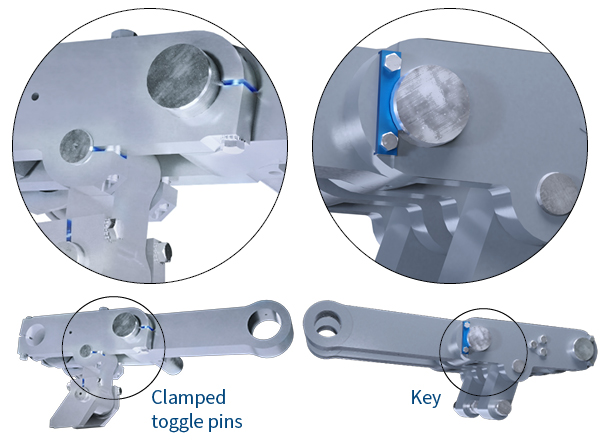